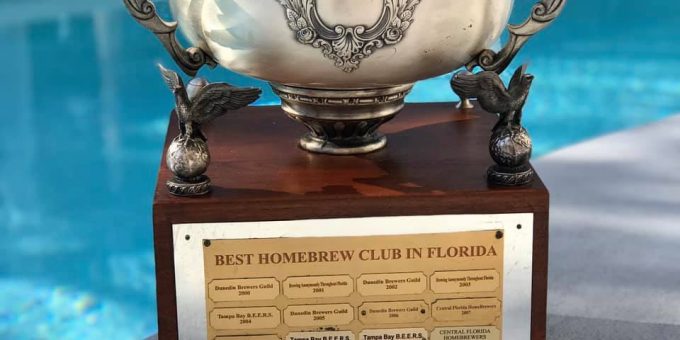 You read that right folks!
Brewers Anonymous just absolutely killed it this year in the Florida Homebrew Circuit. I cannot express my gratitude enough to everyone who took part in the club this year. Everyone here is so amazing and supportive of one another. Without your dedication, and hard work we wouldn’t be here today.

In 2016 I formed Brewers Anonymous with Kreis Holland just as an idea for a new type of club. In April of 2017 we had our first meeting at Orlando Homebrew Supplies and I honestly didn’t know what to expect. I was hoping that we would get 3 or 4 other people to show up, but I was astounded when we had over 20 show up. After a couple of meetings we felt that we were really onto something special so we incorporated, formed a board and became official in August of 2017.

Fast forward to 2018 the club had just taken off like mad! I set a goal for us to make a splash in the Florida Circuit and we did. We came in 5th place which I felt was incredible considering the competition that we were up against! It was truly a proud Dad moment.

This year we set the goal for ourselves to get into the top 3 for the circuit and wow did our club deliver.

I want to thank all of our members for giving this year their all. You are all rock stars in my mind. Soon we will party and celebrate this win.

I also want to thank all of the clubs in Florida. Without you guys and gals, we wouldn’t be here today and the Florida Homebrew scene wouldn’t be what it is today.

It is a truly humbling feeling that I am having right now to be standing on the shoulders of giants and champions.